Prisoners are held in a jail at a police station in downtown Port Au Prince. They complained to visiting UN police officers that they are being illegaly held longer than the constitution allowed and that they haven't been to court. The security situation in Haiti has deteriorated in the past few months with many Hatians and human rights groups accusing the Haitian National Police of human rights violations. Some Hatians who live in the most dangerous neighborhoods prasie the UN forces , claiming that when they are present the Hatian police are calmer. 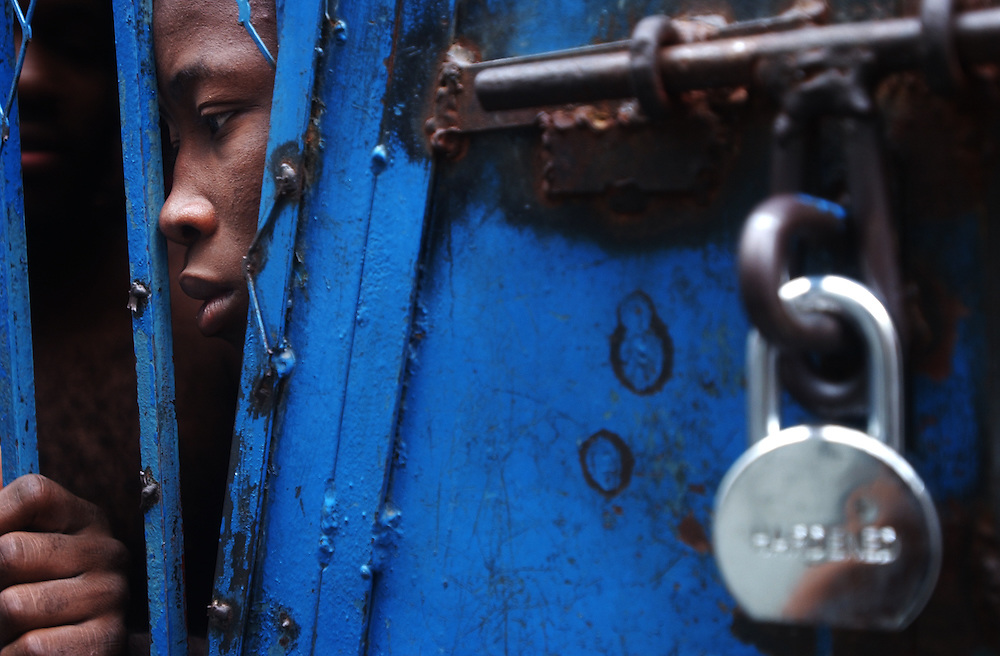