Active army reservist Jose Navarro trains with civilians for the Venezuelan Army reserve in an empty parking lot surrounded by apartment buildings in El Paraiso, a poor neighborhood in western Caracas, Venezuela. The group is trained by an army general 6 times a week in a the parking lot, which has been turned into a Chavista complex that also houses several of the President's missions which help the poor. Rhetoric has been more heated between the US and Venezuela ever since Chavez won a decisive referendum on his rule last August. Many of the community members in training say they need to train to protect their country from any enemies it has. adding that a "yankee invasion" is a possibility. 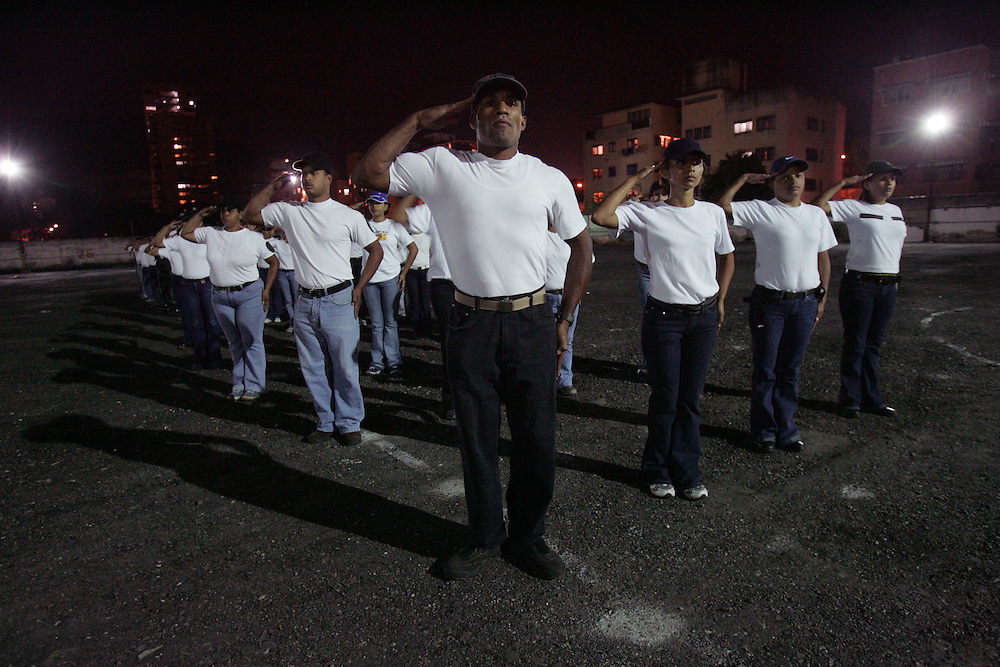