Davis Semeco, left, plays music as Rosa Amarista, middle , hosts their radio show on "A New Day Radio", a community radio station in Caracas. Sandino Peña, a community member stands in the foreground. The station operates out of the home of Zulay Zerpa, who donates the space 7 days a week between 3pm and 9pm. Chavez and his government have been increasingly supportive of these generally Chavista community media stations as a response to the anti-chavista private media. 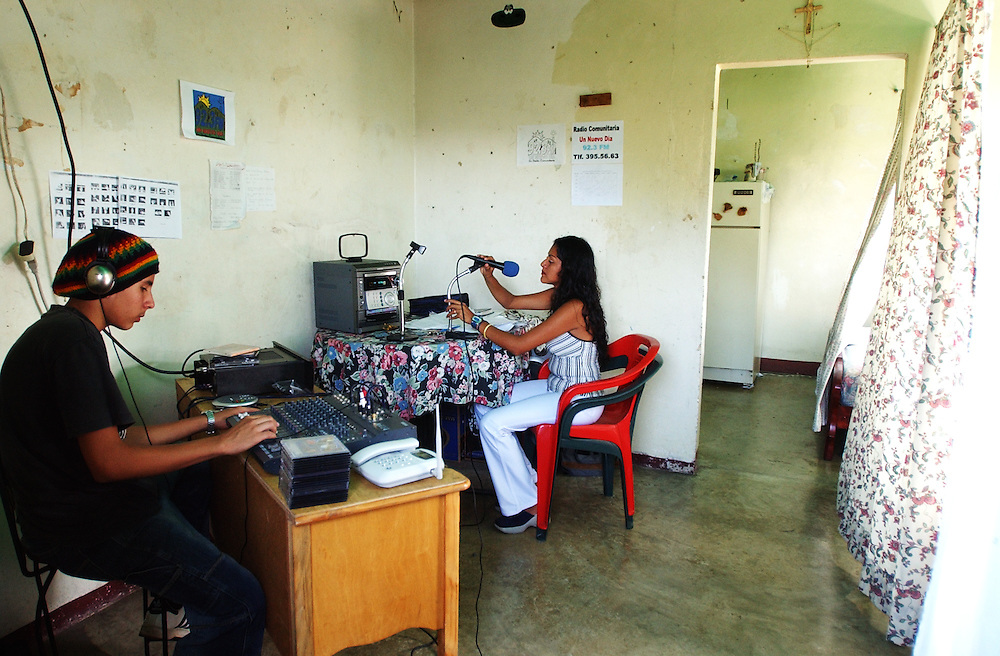