A man who was shot through the face during a security operation carried out by the Haitian National Police and UN forces in Belair, one of the most dangerous neighborhoods in Port Au Prince, is transported by friends to the outskirts of the city where a Hatian Red Cross ambulance is waiting for him. It is often difficult to transport the wounded to area hospitals as Red Cross ambulances refuse to enter some neighborhoods and family members are afraid that any gun shot victim will be taken from the hospital and put in jail. The security situation in Haiti has deteriorated in recent months with many Hatians and human rights groups accusing the Haitian National Police and various gangs of human rights violations. 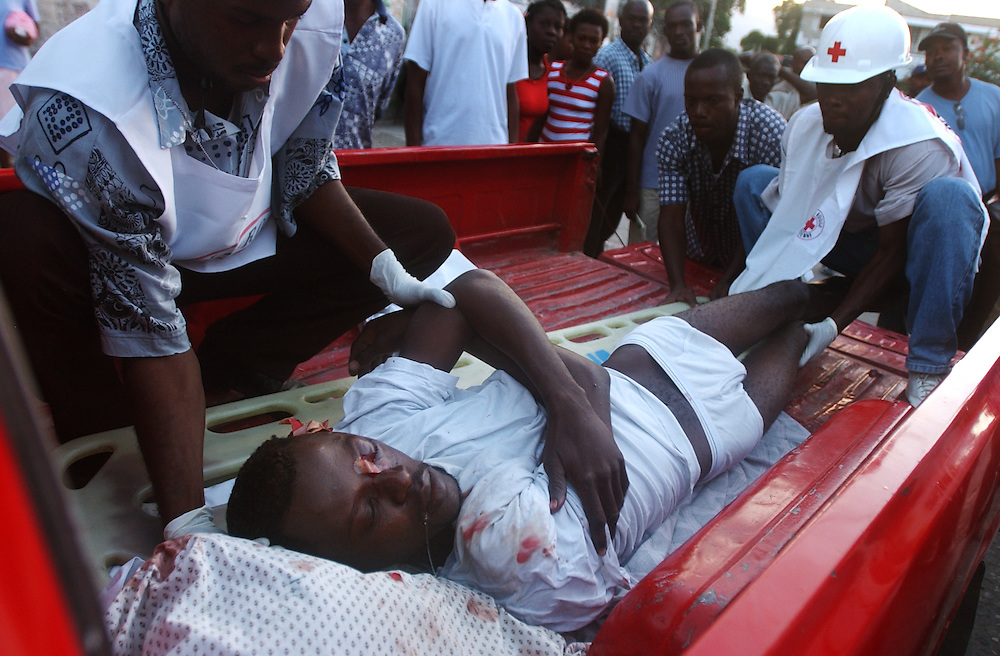