Gilberto Gonzalez, comic and political satirist, stands for a portrait in front of graffiti in Chavista part of town. He is in costume as a Venezuela media personality. Gonzales was at the center of an uproar last year when he performed his politically charged show, which contains a skit with a Hugo Chavez puppet(shown) at a US Embassy party. With Venezuela entrenched in a bitter fight over the upcoming presidential referendum that has divided the country,many political satirists have taken center stage in the Venezuelan world of comedy. 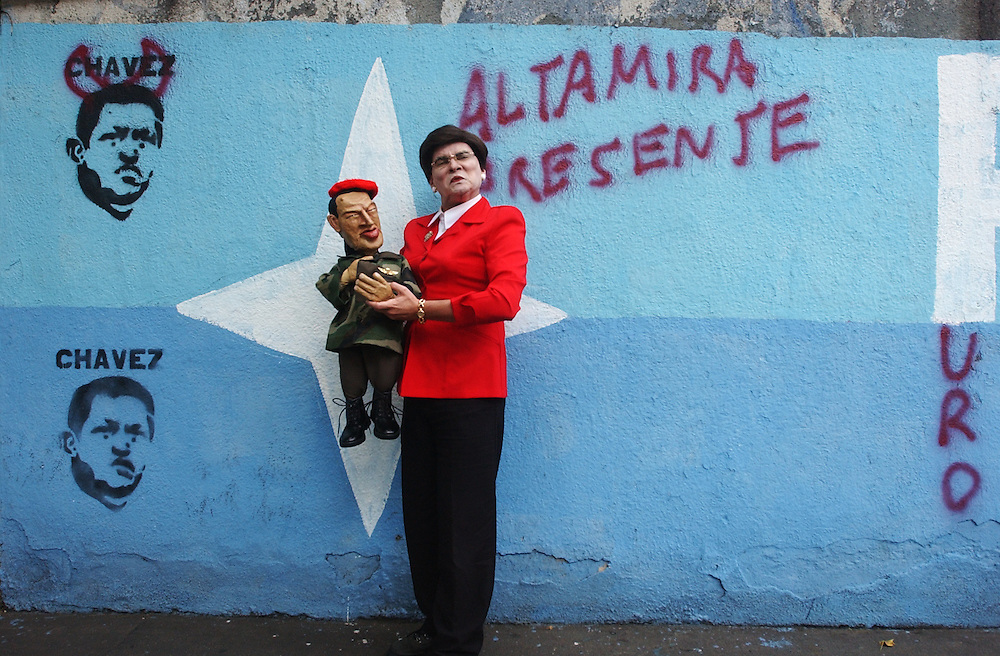