Police patrol near where IDPs are being resettled. After getting dropped off near their homes as the first step of the resettlement plan, IDPS find themselves immediately with no shelter or food. The first few days will be difficult as they scramble to build a small IDP camp close to their farms, where they can work and begin to rebuild their homes and lives. As dusk falls IDPs hurry to erect some sort of shelter and eat on the first night back near their homes. Four months after post election violence caused 300,000 Kenyans to leave their homes, the long process to resettle has begun. In Molo, a town in Kenya's Rift Valley where most of the violence occured, thousands of people returned to their homes with little or nothing to build upon. .. 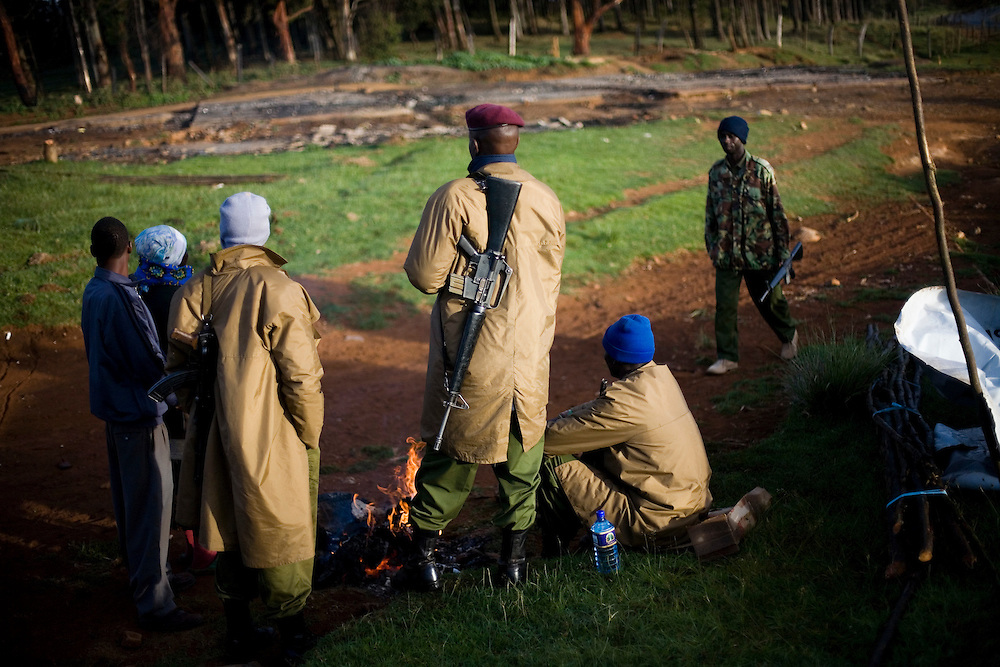