Knumbizile Nkisimane(center), an ex-miner with TB, stands during the funeral of Sindiswa Sakubona, a woman who died with TB. Her husband, a former mine worker, also passed away from TB in 2001. The couple leaves behind 7 oprhaned children. Sindiswa's father, also an ex miner, currently has TB and her brother used to have the disease.TB is common among ex-miners in Eastern Cape. Once a miner has contracted TB the disease can lie in wait for more than 10 years until the patients immune system is weakened and the disease becomes active. South African Gold miners are particularly vulnerable to contracting TB because of the small, poorly ventilated work conditions, high rates of TB and high rates of silicosis, a lung disease often found in miners that increases the chance of catching TB. 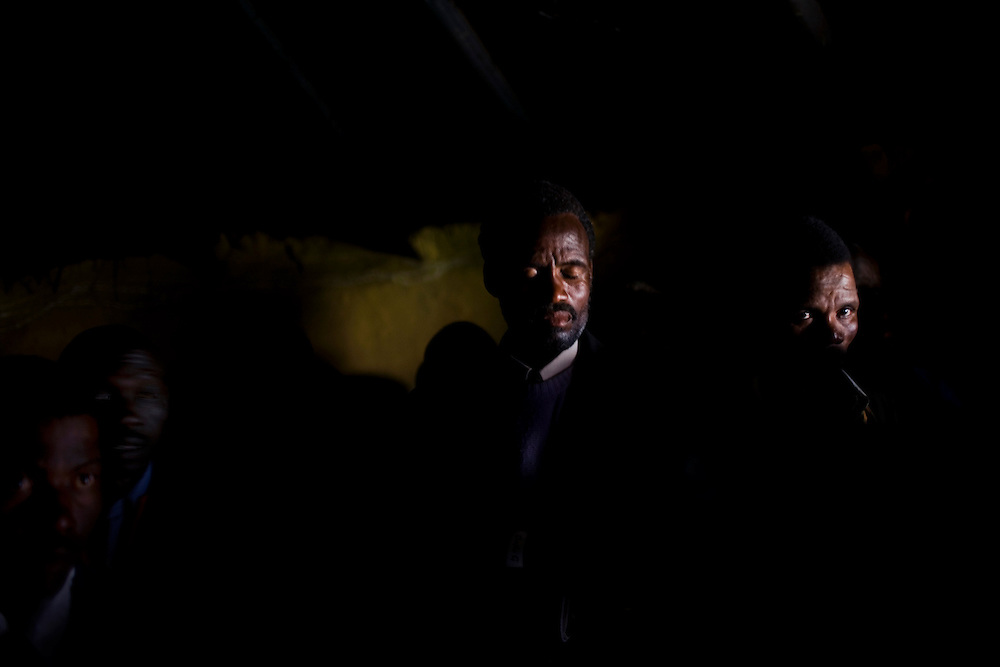